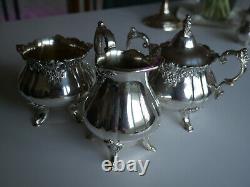 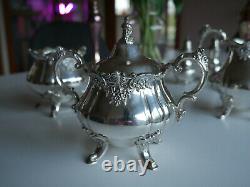 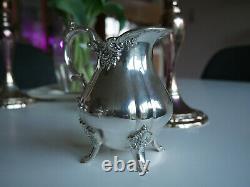 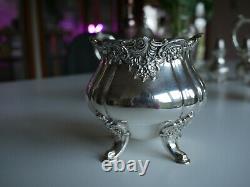 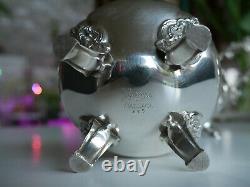 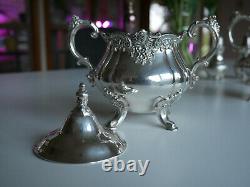 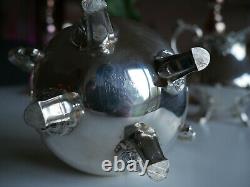 This Baroque pattern came out in the 40's and is one of the most famous and desired pattern in Wallace history. Robert Wallace opened his own workshop in 1833, focusing on silver spoons. Beginning in 1849, Wallace began diversifying his product lines to add other forms of flatware.

By 1855, in partnership with Samuel Simpson, Wallace was doing business as Robert Wallace & Co. Though the firm was renamed Wallace, Simpson & Co. However, in 1871, Wallace bought out his partner, renamed the company R. Wallace & Sons, and established a second business, known as Wallace Brothers, with his sons and sons-in-law.

Wallace and Sons added silver to its inventory, introducing three lines of sterling silver flatwareHawthorne, The Crown, and St. Leonwhile Wallace Brothers focused on silver-plated flatware. The two businesses were merged in 1879 and the Wallace name began to gain wider recognition for its silver projects. Though Robert Wallace died in 1892, the younger generation of Wallace's continued to grow the company, such that Wallace was the largest silver flatware producer in the world at the turn of the 19th and 20th centuries.